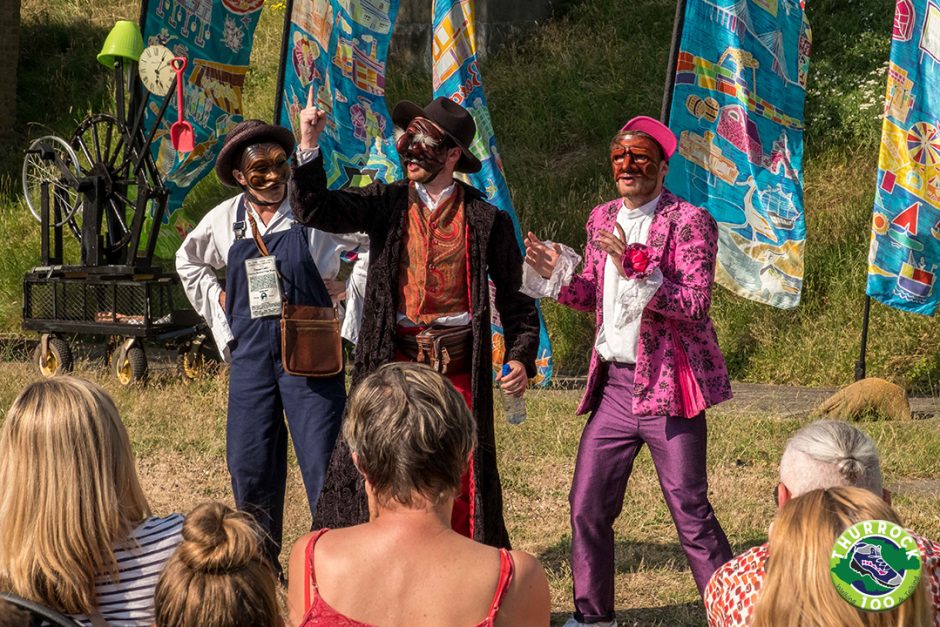 The much-anticipated third year of the Thurrock 100 walking festival started on Friday 7th July in Horndon on the Hill and built to a well- attended finale on Sunday 9th July at Coalhouse Fort which provided the perfect natural amphitheatre.

Thurrock’s Mayor, Cllr Tunde Ojetola and Stephen Metcalfe MP took part and were treated to performances re-telling tales of Thurrock’s most notorious and colourful characters. These  included William and Lillian Green who, under the disguise of riotous parties, forged half crowns in Horndon on the Hill.  Also,Thurrock’s own Del Boy, Edwin Cash, who sold “medicinal water” from a well in Langdon Hills had his story performed at a huge grecian monument to his enterprise, which still stands testimony to his success!

The exciting performances were created especially for Thurrock 100 Tales by the Complete Commedia Company and featured 4 original scripts, 5 exclusive songs and beautiful character-themed costumes made by South Essex College students on the Costume Construction degree.

The source of the performances was the Thurrock 100 book which was created last year and can still be purchased HERE.

Bernadette Wakeling, the founder of the Complete Commedia Company commented:

‘Reading the rich and vivid memories of Thurrock’s residents conjured characters I remember from my childhood. Just by adding a little comedic slapstick and old-fashioned english sauce we recreated Thurrock’s history for everyone to see and enjoy.”

The promenade performances explored the various landscapes and stories of Horndon on the Hill, Grays, Chafford Gorges, Langdon Hills, One Tree Hill, East Tilbury and the Bata site with a Grand Finale at Coalhouse Fort.  A delighted audience was surprised to see free performances of “The Copper’s Tale” at intu Lakeside and the Thurrock International Celebration of Culture (TICC).

Thurrock 100 originated in 2015 and the successful programme has been produced every year by Kinetika. The founder of Kinetika, Ali Pretty, said:

“It was fantastic to see local audiences enthralled by the highly provocative and amusing antics of the talented performers, and see these Thurrock stories take on new life”

Kinetika would like thank  Arts Council England and Thurrock Council for their continuing support of this unique cultural project that aims to strengthen the area’s shared identity and foster pride in its heritage. 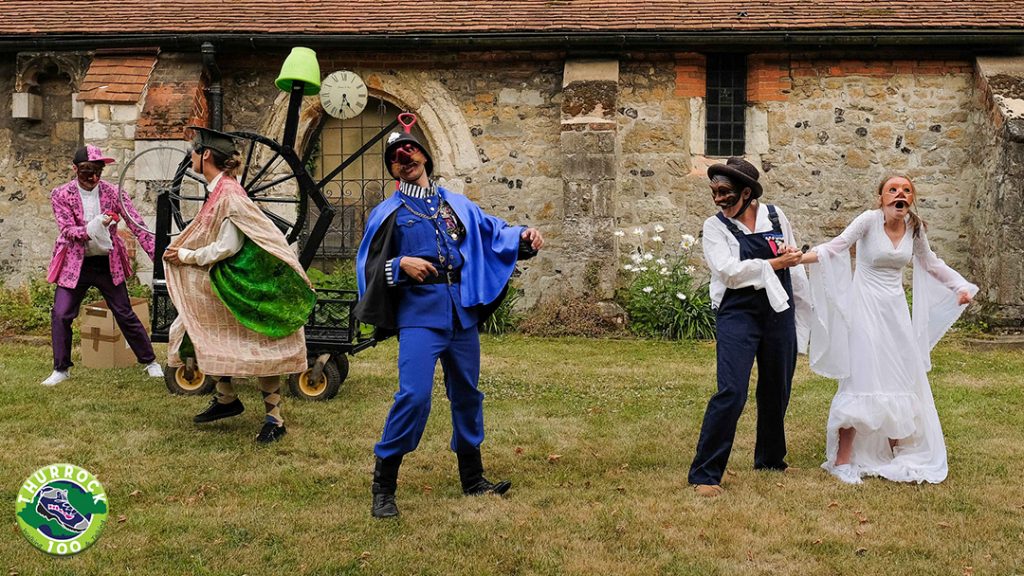 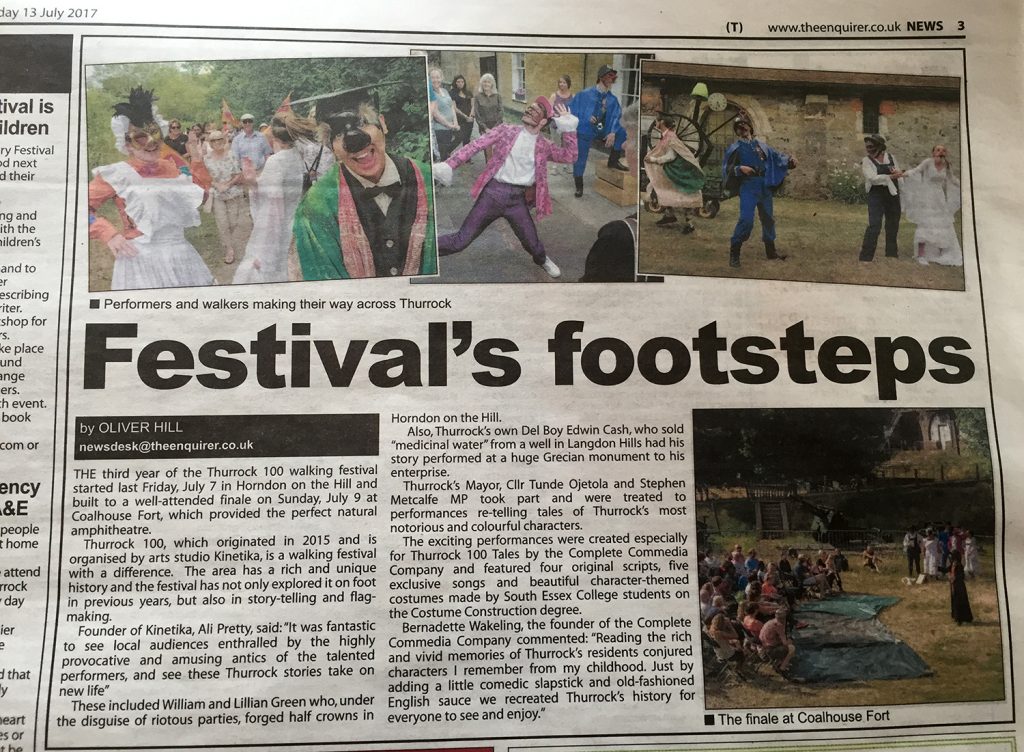