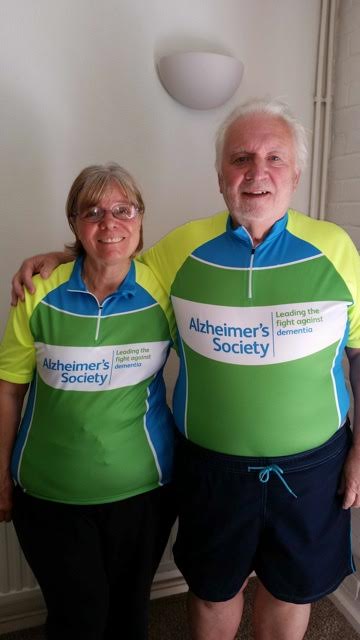 Start walking – and turn your life around!

John Holmes, from Stanford-Le-Hope, and his wife Coral have signed up for the SS17 walk on 12th July. John, 67, who retired at 60 but still works part time as a chemistry tutor, thinks walking may have saved his life. Nearly two years ago he suffered a stroke after putting on weight when he gave up playing cricket, football and squash. “I was always pretty active, and I always enjoyed competitive sports; I’ve never smoked and I don’t drink much. But my weight crept up and I ended up at more than 18 stone – and I’m only 5’ 5”! I was on medication for my blood pressure, but somehow I just didn’t get round to doing anything about my health. It was only when I suffered the stroke that I decided I could either sit in my chair forever or I could get active and regain my health.”

“To be honest, my main motivation was to be able to go and see Spurs play so I that my season ticket didn’t go to waste – and of course to see my grandchildren grow up and to be able to be active with them” John said. “At the beginning I felt really rough, but things have improved gradually and I now walk about 25 miles a week. Whereas once I couldn’t walk 5 miles without a major effort, now it’s really easy. The weight has dropped off – I’ve lost about 50lbs, partly through the walking and partly by eating a healthier diet. We even go on walking holidays now – after the stroke it’s become too expensive to go abroad because of the insurance, so we stay at home. Next week we’re going to Keswick in the Lake District, and I’ve already mapped out where we’re going to walk. And last week Coral and I walked 25km by the Grand Union Canal for the Alzheimer’s Society.”

“I think lots of people put their heads in the sand” says John, “and I was one of them. I’m so lucky that the stroke I suffered wasn’t a bad one, although I’ve still got some numbness in my hand and foot. I’m always on at people now not to leave it until you get seriously ill to do something about your health! Walking is easy, and sociable, and we really enjoy it. We’re looking forward to the Thurrock 100 – we are going to try to do more than one walk if we have time – but I’d urge everyone to take part, even if they only walk a short distance! Something is better than nothing – and Thurrock 100 might be just what you need to start walking!