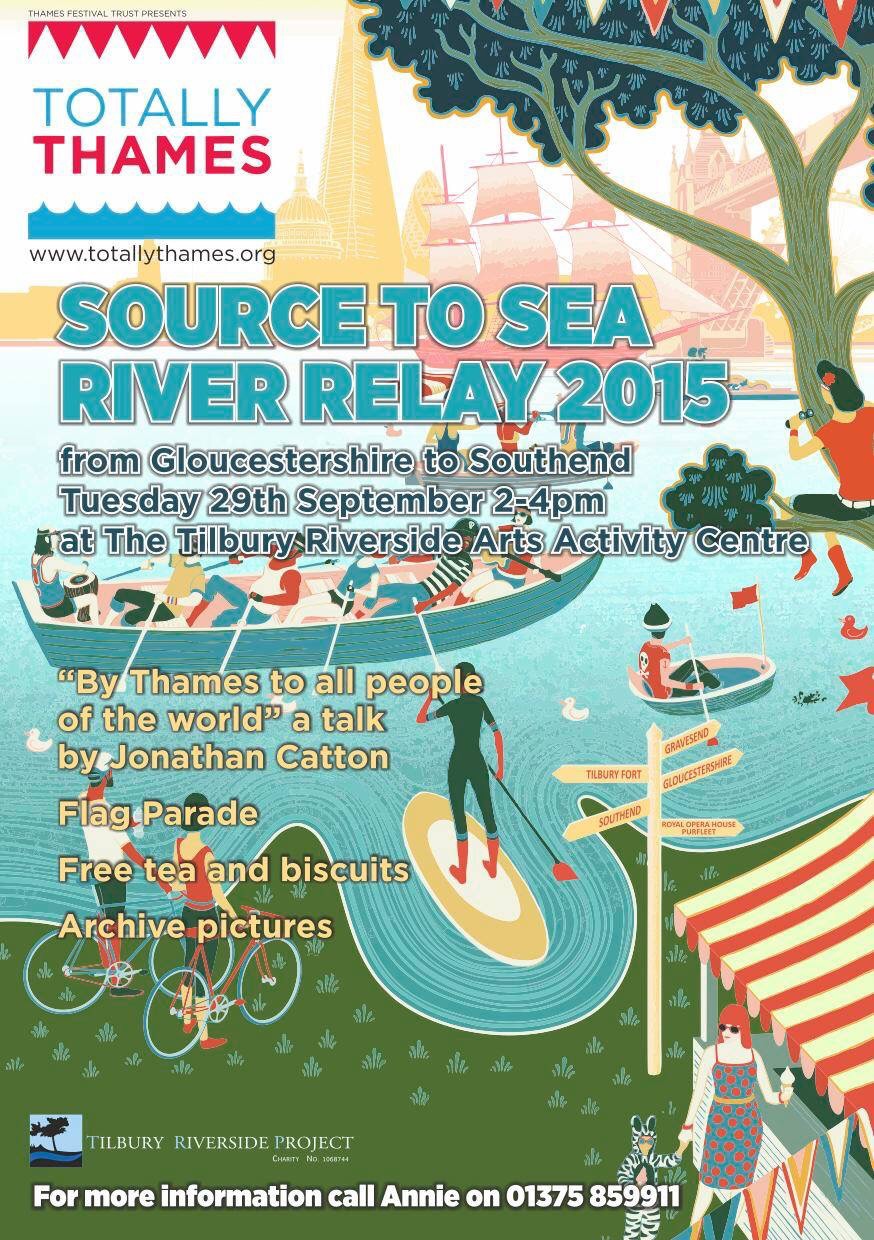 We’re delighted to be part of  Totally Thames, a festival that celebrates all things relating to the River Thames. Now in its third year, this year’s Source to Sea River Relay began on 15 August when a small bottle of water was collected from the source of the River Thames in a field near Kemble in Gloucestershire.  For the past month, the bottle has been making its way downstream by rowers, walkers, swimmers, paddleboarders, kayakers, sailors, punters and many more. Each night, it has been carefully looked after by Environment Agency Lock Keepers or riverside Inn-keepers, and even spent one night in Hampton Court Palace.

At the end of the month, the relay will arrive in Thurrock, and the bottle will be delivered into the care of Purfleet-based arts organisation Kinetika, the company behind this summer’s Thurrock 100 project. At a special event at the Tilbury Riverside Arts Activity Centre on Tuesday 29th September, the bottle will be welcomed by the Mayor, Cllr Sue Gray, and people from all over the borough, who will form a Guard of Honour with the ten spectacular Thurrock 100 flags.

Local historian, Jonathan Catton, will give a talk about Thurrock’s relationship with the river, entitled ‘By Thames to all the Peoples of the World’ before leading the bottle (and audience) on a short guided walk of historic Tilbury accompanied by the flags. The afternoon will end with the bottle being taken ceremoniously to Gravesend aboard the Tilbury to Grays Passenger Ferry, where it will be handed over to Gravesend RNLI in readiness for the final day of its journey to Southend. 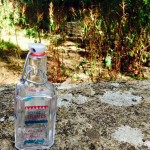